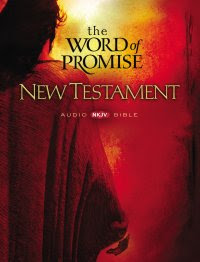 We LOVE audiobooks, especially in the car. We love to check out audiobooks from the library, all kinds of stories from mysteries to classics and they sound great in the car! Now, having this new audiobook of the New Testament we have LOTS of audio for the car!

This audio Bible is a dramatized reading of the New Testament, the NKJV (New King James Version), on CDs. It's a great way to listen to the Scriptures and fill your mind and heart with God's Word. If you are interested in listening to the Bible, you might want to give it a try.

We have been listening to CDs from several different books of the Bible and have enjoyed them for the most part. I have not listened to every single disc and I have not followed along in my Bible to compare the wording with what's in the printed Bible, so I cannot address that part. What I have listened to has been good for getting Scripture on my mind.

It's dramatized. Okay, so for the most part I like this, especially for listening in the car. If you're into different actors you might recognize some of the names of different speakers. The speaking/reading is at a nice pace, easy to listen to.

A few of the things that bugged me were some of the different background sounds that were, I suppose, to help set the scene. As we were listening in the car there were several times that I heard a noise like a problem with my car's engine and had to turn off the CD to hear it better, and lo and behold, it was on the CD . . . one was maybe like a cricket chirping in the background and others were random squeak-ish noises. That might just be a personal thing, listening for engine noises as I drive, but it was a bit annoyong to someone with that habit. Another thing that I wished was on there were chapter headings (for example, "Chapter 3") I understand that those chapter divisions are not a necessity, but I think that I tend to like them, for some unknown reason :)

SO would I recommend it? Yes, I would, especially for use in the car. Remember, these are cds, so if you don't have a cd player in the car or elsewhere, you won't get the same use from them!

I received a copy of this audiobook from the publisher for the purpose of this review. I was not required to write a positive review.
Posted by Sheila at 7:33 PM 1 comment: 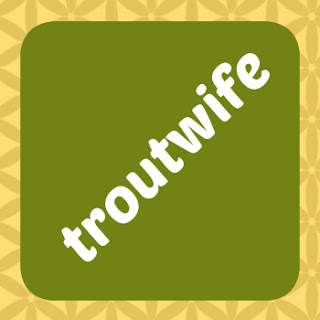